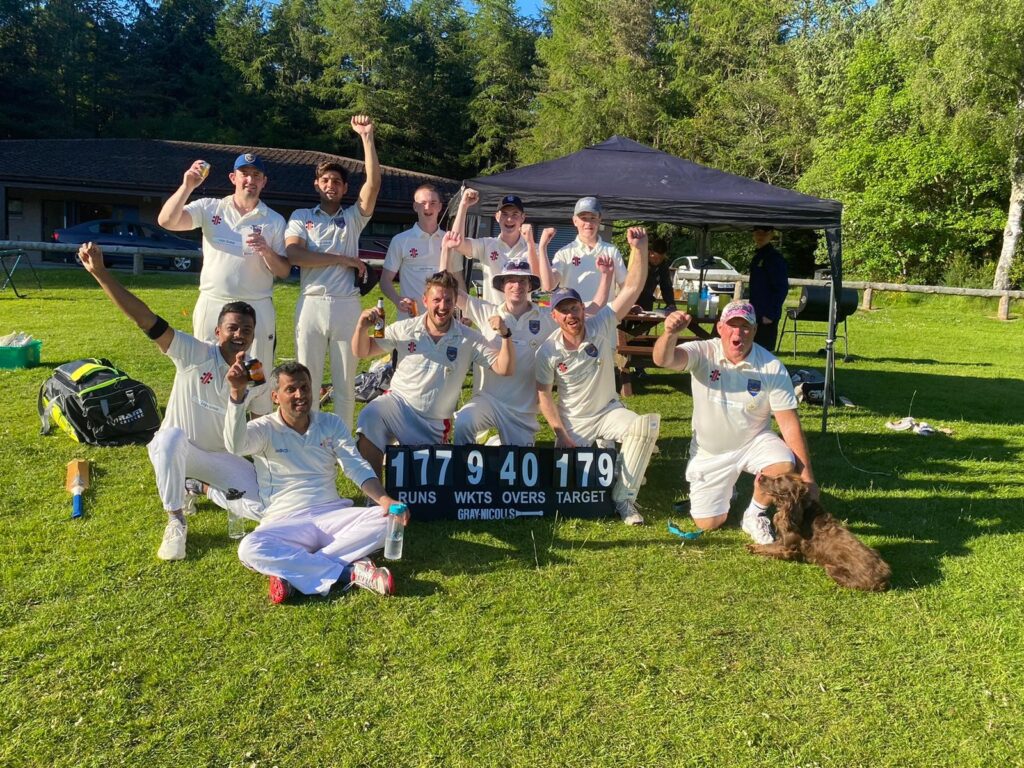 Banchory headquartered Leys Group has built on its existing support of a local sporting club.

Leys Group has continued its shirt sponsorship deal with Banchory Cricket Club expanding this to include both the junior and senior teams.

This, along with other generous donations from Round Table Banchory and other donors, has allowed the club to buy specific kit and training equipment for the junior members.

Training for children aged 5 to 15 years takes place on Thursday evenings at Burnett Park between 5.00pm – 6.30pm. Training is free to attend and new members are always warmly welcomed.

“It’s vitally important that we all do what we can to encourage children to engage with sport, enjoying the outdoors and developing skills and friendships outside of school.

“The lifeblood of any club or organisation is the support and enthusiasm from younger members at the club and we are delighted to play our part in helping the junior section of the club find a new lease of life.”

The Club, which was established in 1854 and is based at Burnett Park, is also looking for new members to join the Club and is appealing to anyone, whether new to the game, returning after a break or new to the area to get in touch.

Anyone interested in joining Banchory Cricket Club or volunteering in any way should contact Mark Herbert at [email protected] or 07392 846389.

Eat, shop, relax and explore at Milton of Crathes.