An exclusive complex on the banks of the River Dee

Today the Milton of Crathes is home to an exclusive complex of retail, hospitality, well being and sporting activities in its idyllic setting on the banks of the River Dee.

With records documenting a Mill on the location in 1590 the area is not without its history. During the 20th Century it was home to a successful agricultural farm and sawmill, and on the last tenant farmer leaving the farm in the 1970s, the next chapter in the Milton’s history began.

The main steading became home to a local pottery, jeweller, a picture framer and a stained glass craftsman. Such was the demand for others to join these crafts that planning permission was sought in 1997 to restore the sawmill and bothy along with the provision of a car park, toilets and new access road directly off the A93.

Lovingly transformed by Leys Estate, the complex has not only retained its character but it takes full advantage of its enviable position nestled on the edge of the water while being careful not to take away from the area’s unrivalled natural beauty.

First to occupy the new Milton of Crathes complex was the Milton Art Gallery. The Gallery was extended in 2007 and is still there to this day. 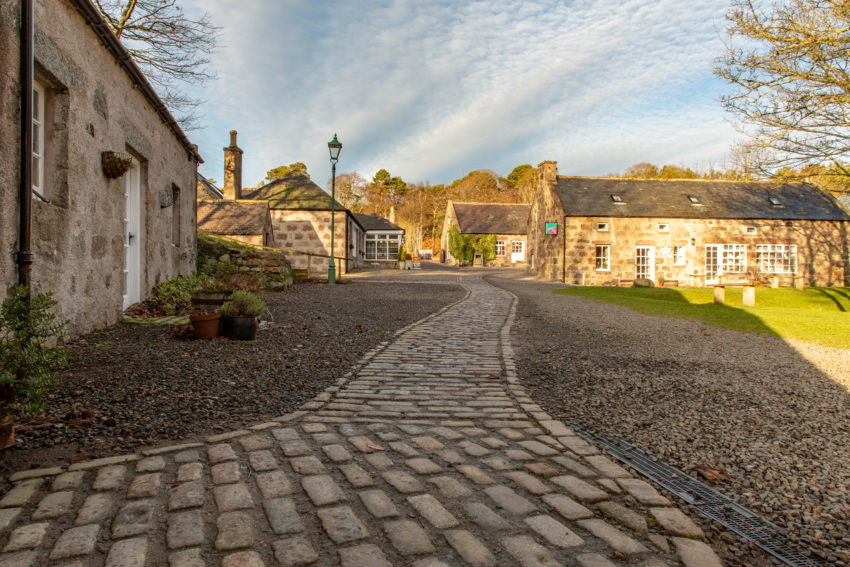 An elegant, friendly gallery situated in beautiful surroundings next to the River Dee
Since 1997, Milton Art Gallery has showcased a permanent, but changing, collection of original paintings, ceramics, jewellery, prints, bronzes and glass work.
Visit the website
This site uses cookies: Find out more.