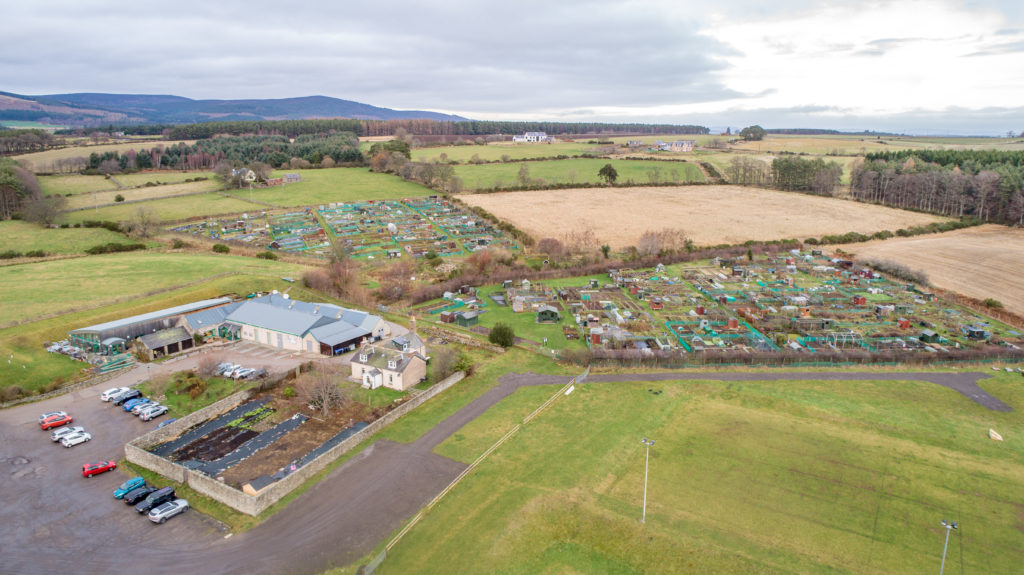 The diversification of Woodend at Crathes began in the early 1990s when Leys Estate offered the use of a derelict farm steading and cattle byre as a makeshift rehearsal space for a community play, designed to celebrate the anniversary of 400 years of Crathes Castle and community life in Banchory.

From then the area has flourished to become a community hub for sports, arts and culture on the edge of Banchory.

In 2007 Leys Estate leased three acres of agricultural land next to Woodend Barn to a newly formed Community Allotments Association (CAA), which allowed them to establish over 40 allotments, a communal shed and summer house.

Due to its success, a further three acres was leased to CAA in 2011 and, with assistance from the Climate Challenge Fund for fencing and establishment costs, there are now more than 120 plot holders, including three community groups, making it the largest site of new allotments in Scotland.

The Estate also offered some additional land to the community group to establish Woodend Wild Garden, which sits between the two sets of allotments and was created as part of the BBC Breathing Spaces project.

In 2011, Leys Estate and Deeside Rugby Football Club embarked on an ambitious project to work together to develop facilities for the club and surrounding community.

Since moving to Woodend at Crathes from shared facilities in both Aboyne and Banchory 10 years ago, Leys Estate has supported the club in its dream of developing some of the best purpose-built facilities in the north-east through a long-term ground lease and ongoing team sponsorship.

The club now has two full size pitches, two half size pitches and the newly opened Clubhouse with kitchen, toilets and communal area.

The second phase of the development project will hopefully see the changing facilities renewed and the possibility of a Strength & Conditioning Unit built in the future, which will be both an asset to the club and the wider community.

Buchanan Bistro is a cafe and restaurant providing both sit in and takeaway food and drink, focused on showcasing local produce in a stunning setting. You can find out more about the bistro’s latest offerings here.

Alongside Leys Estate, many members of the local community have contributed towards the success and growth of Woodend at Crathes and we look forward to continue this work with them as Woodend at Crathes continues to develop into a truly sustainable community in its own right. 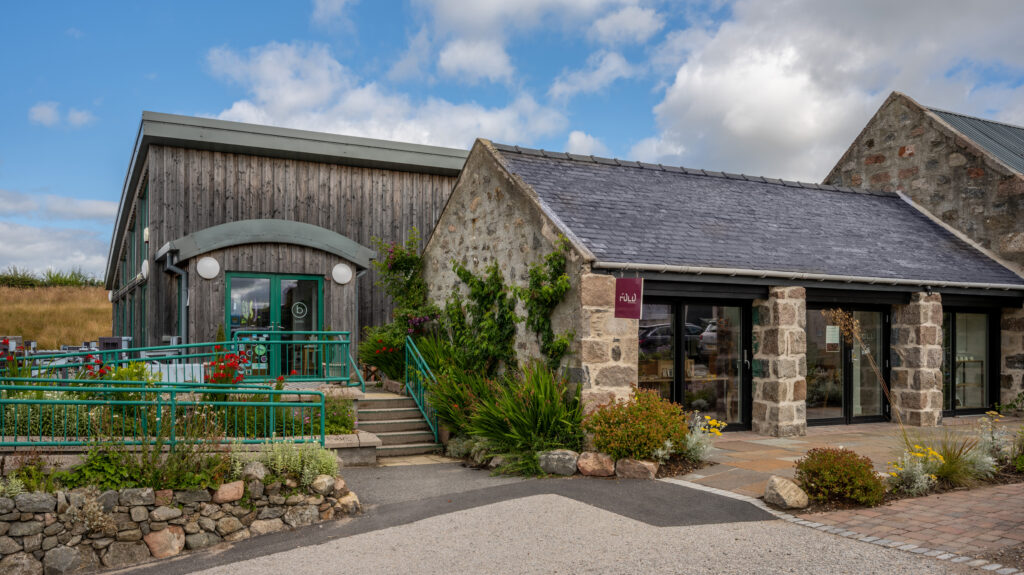 The Barn began its life as a cultural space in the early 1990s when the Estate offered the use of Woodend’s derelict farm steading and cattle byre as a makeshift rehearsal space for a community play, designed to celebrate the anniversary of 400 years of Crathes Castle and community life in Banchory.

Energised by the success of the play, which involved 200 local people in its making and presentation, a small committee of local residents, artists and supporters took over Woodend Barn, now known as The Barn, and began the long journey of transforming the former farm site. Thanks to their dedication and the support of the Estate, The Barn is now Aberdeenshire’s leading multi-arts venue, welcoming artists, performers and visitors from across the world.

The Barn has expanded to welcome fold to the location, a unique craft and design store featuring unique gifts, homeware and jewellery.

Find out more about The Barn