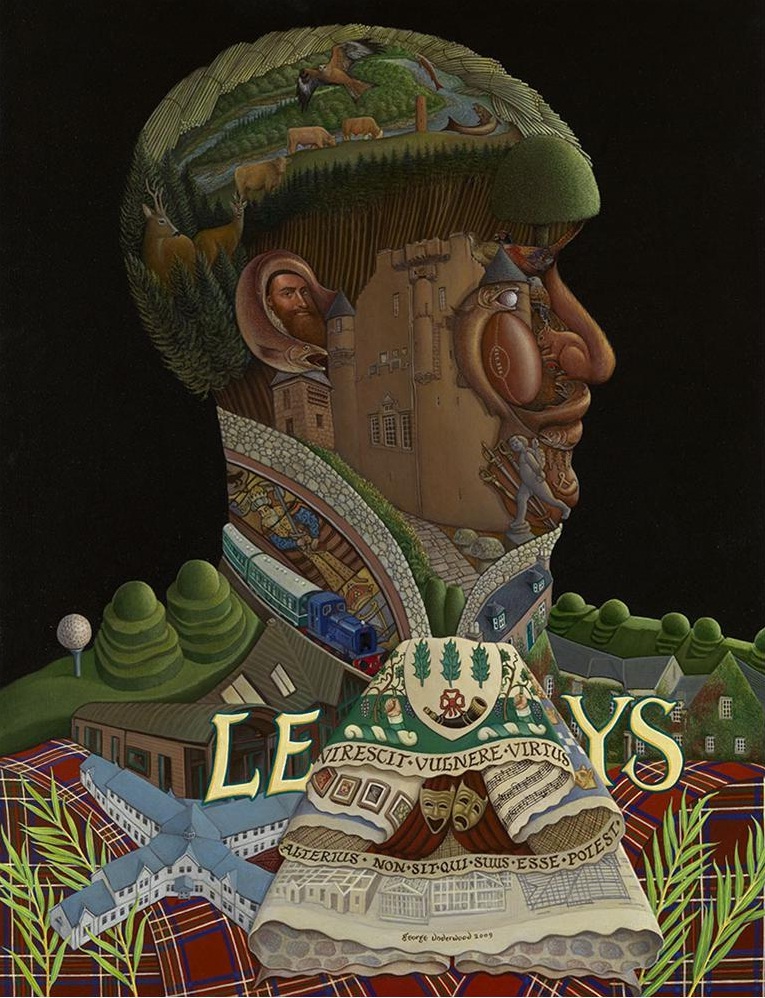 Situated at the gateway to Royal Deeside, Leys Estate has evolved dynamically over the years; reflecting the demands placed upon it from a changing world but staying true to its long-developed roots in the local environment and community.

The Burnetts of Leys have had a connection to the lands of the north-east of Scotland since 1323, upon receiving a royal charter from King Robert the Bruce for their support during the Scottish wars of independence.

The designation ‘of Leys’ as applied to these lands emerged about 1446 and referred to the property and area around the Loch of Leys – situated to the north of the town of Banchory and west of Crathes Castle. The early family home was located on a crannog (a partial or entirely artificial island) on the Loch – sometimes referred to as the ‘Castle’ of Leys – in a marshy area close to Raemoir, naturally suitable for its security and ease of defence.  The picture above shows the site of the crannog. 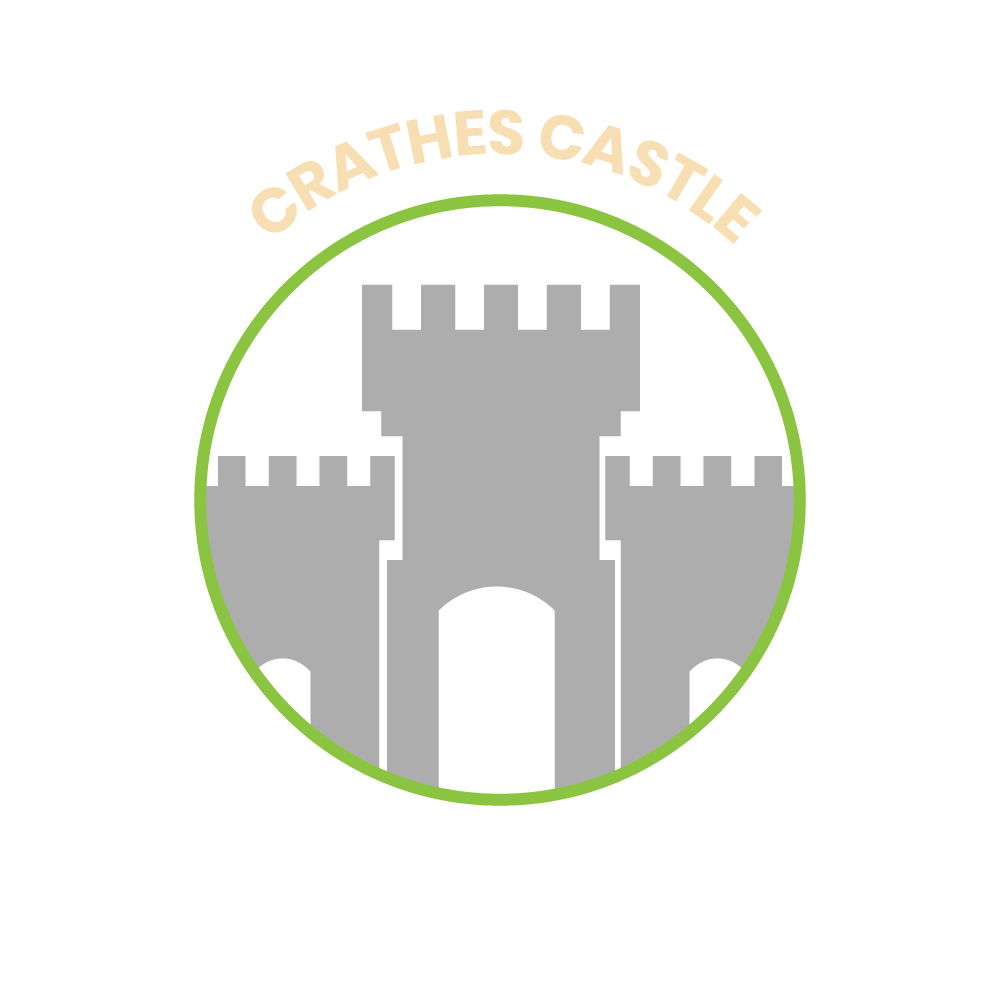 The family later built Crathes Castle, constructed in the Scottish Baronial style, which remained the family home until it was gifted to the National Trust for Scotland in 1952.

As the building now appears it ranks in national importance among the likes of Fyvie Castle, Castle Fraser and Craigevar Castle.

The Estate is still owned by the Burnett family, who have of late been directly investing in residential, leisure and commercial developments throughout the area – much of the work being conducted through the Bancon Group of companies.

It is an agreed policy that both the group and the estate become increasingly integrated with the community and fulfil expected responsibilities, and where they are involved in local developments or in the provision of facilities that are of public benefit, it is believed appropriate that they display their shared signature which incorporates the principal features of the Burnett Coat of Arms of the horn and holly leaves. 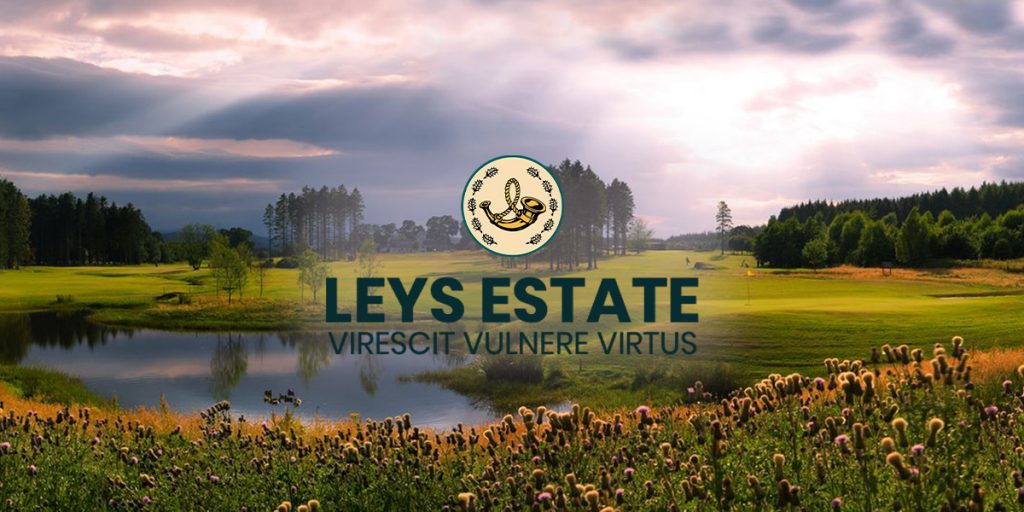 Early History of The Family of Burnet(t)

Whether Burnet(t) evolved from Burnard/Bernard or was an individual surname in its own right has been debated. Whilst 11th century records of Burnard/Bernard exist in Anglo-Saxon England in Bedfordshire, Hampshire and Wiltshire and later in the 13th century in southern Scotland, there are several instances where the name can be shown to be interchangeable. There are also differing opinions as to whether the early members of the family had Norman or Anglo-Saxon origins.

Burnards were given the large barony of Farningdoun / Farnington in Roxburghshire, Scotland under a new system of land-holding instigated by King David I.  As King David had a particular wish to introduce Norman or Flemish settlers to his Scottish kingdom it would not be unreasonable to assume that the Burnards were of that extraction. In this area the name evolved to Burnet and the family became associated with the lands of Burnetland and Barns. A John Burnard accompanied King David II on his journey south ending in the defeat of the King at the Battle of Neville’s Cross in 1346. Burnard, who owned Scottish lands of Ardross in Fife and of Currie in Midlothian, was killed in 1346.

Alexander Burnard had his services to King Robert I rewarded by the granting of lands on the banks of the River Dee, in the parish of Banchory Ternan west of Aberdeen. He was, for a time, Keeper of the adjacent Royal Forest of Drum, the badge of office of which is considered to be the Horn of Leys. The procedure of ‘Cornage’ comprised the use of a symbolic horn in the process of land grants (a form of lease from the Crown). His descendants, the principal family of Burnett of Leys, gave rise to a number of branches in north- east Scotland namely Burnett of Craigmyle, Burnett of Camphill, Burnett of Crimond, Burnett of Kemnay, Burnett of Elrick, Burnett of Countesswells & Kepplestone, Burnett-Stuart, Burnett of Lethenty, Burnett of Kirkhill, Burnett of Daladies and Burnett of Powis along with Burnett of Monboddo and  Burnett-Ramsay of Balmain both in Kincardineshire.

From the 16th century the main residence of the Burnetts of Leys was Crathes Castle and the present Chief of the family James C. A. Burnett of Leys lives nearby at House of Crathes. The Burnetts of Leys also acquired and extended Muchalls Castle, located a short distance away near the coast, completing the work in 1627. 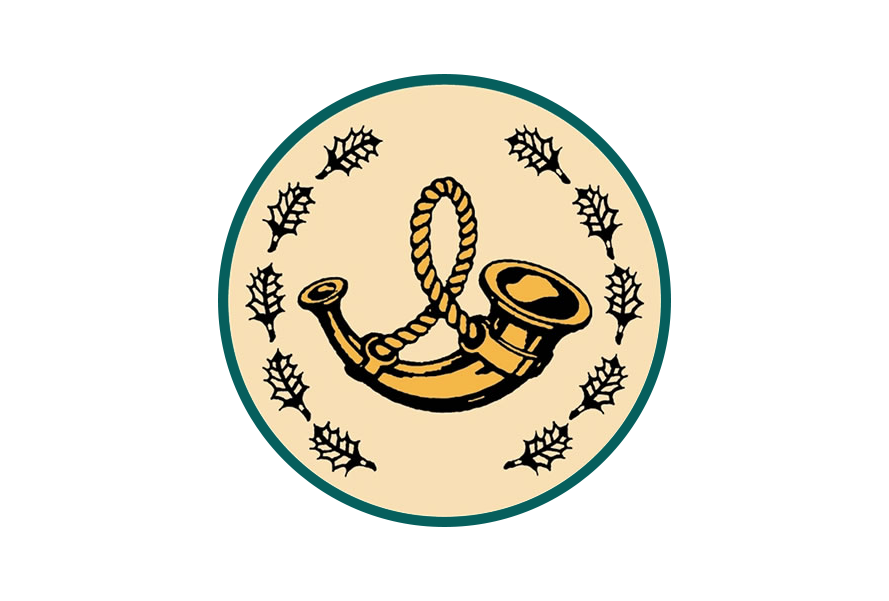 The Horn of Leys and Holly Leaves

The Coat of Arms of the Burnetts of Leys contains a Hunting Horn and three Holly Leaves.

The earliest known seals of the Burnett family show a leaf and later three leaves on a shield. Their 12th century use probably indicated the agricultural lifestyle of the family.

Alexander Burnard was a supporter of King Robert the Bruce and in 1323 was granted the Royal Forest of Drum. Part of this part land was later given to another supporter, William De Irwin, and both became keepers of the Royal Forest. Thereafter their arms consisted of a shield emblazoned with three holly leaves and, in the case of Burnett, a horn of office. These shields represented the official Arms of the King’s Steward who would have displayed on his shield and upon his banner, the holly leaves as an official cognisance under which the King’s tenants would have, when required, join the feudal array of Scotland.

There is positive evidence that the family coat of arms contained the Horn and Holly Leaves as early as the 16th century and it is assumed that the Horn itself was given to Alexander Burnard as a symbol of the Office of Royal Forester. The modern variant of the coat of arms has been used to identify the Leys Estate activities which include the companies within the Bancon Group.

The Horn of Leys remains in the ownership of the Burnett family and is on display at Crathes Castle.