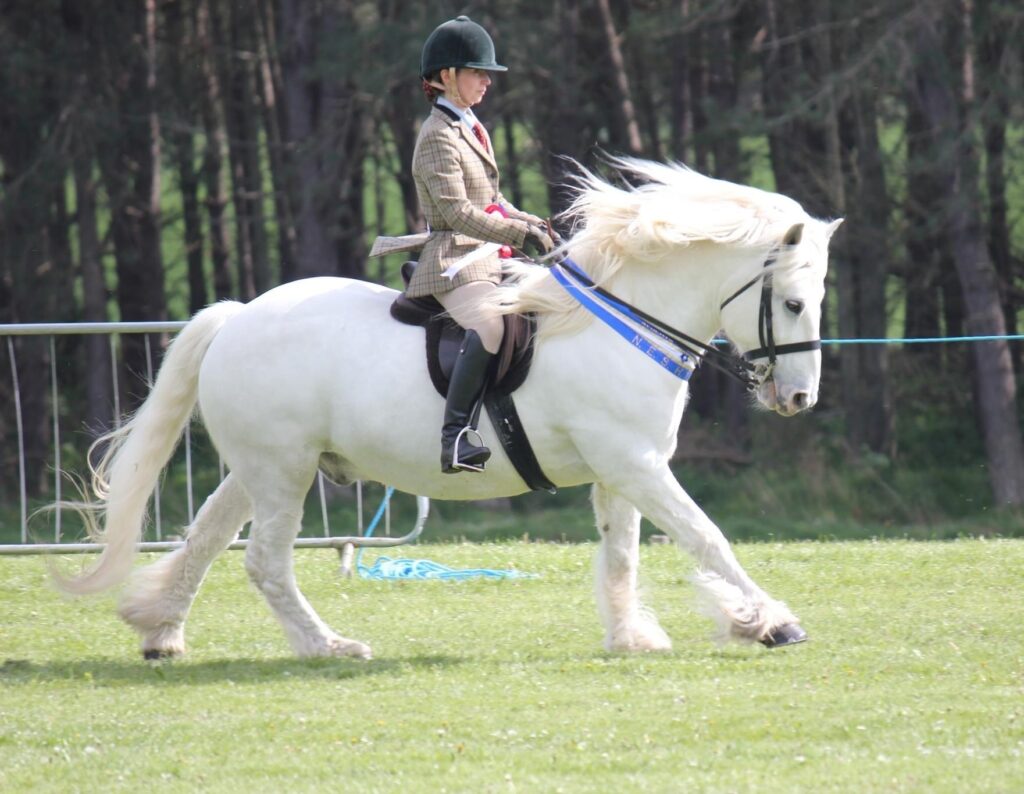 The Crathes Charity Horse Show and The Aberdeen Highland Pony Show both took place on Saturday, 14th May at Milton of Crathes events field near Banchory raising funds for the Equine Grass Sickness Fund.

Following the huge success of the 2021 inaugural show the committee decide to hold the second annual charity show in conjunction with the NESHPES Aberdeen Highland Pony Show.

Thanks to the overwhelming support of local businesses, individuals and competitors, the show raised a grand total of £4,200.04, almost breaking the previous year’s fundraising total.

The brain-child of well-known faces in the local-equestrian world and Highland Pony breeders, Robin and Karen Stewart, the show was established to give those involved in showing a competition to start the year off, while also raising funds for the charity.

Show Secretary, Karen Stewart, added: “Following last year’s show so many people were asking when we would be holding the show in 2022 and thanks to the kind generosity of Leys Estate making the event field available we decided to go ahead and also run the annual Aberdeen Highland Pony Show on the same day”.

With five rings running throughout the day the show had a wide range of classes from Hunters to Clydesdales, First Ridden to Veterans and separate Highland Pony classes. All Judges commented on the quality of entries forward on the day.

The show also featured a special class for Equine Grass Sickness Survivors as well as an extremely popular dog show which attracted a huge entry.

The NESHPES Aberdeen Highland Pony Show saw HM The Queen taking the Overall Championship with the stallion Balmoral Squire. Standing Reserve was Sarah Macintosh with Tiara May of Forglen.

Karen Stewart, Show Secretary, said; “The feedback we got from both competitors and judges was just fantastic. Everyone was so pleased to be out with their horses and dogs while supporting a cause which is so close to many of our hearts.

“Our Overall Judge, Catriona McArdle commented that the quality in the championship was tremendous and a delight to Judge.

“Thanks once again goes to our headline sponsor TRAC Oil & Gas and venue sponsor Leys Estate. Their support is invaluable to the show.

“On behalf of everyone involved, I want to thank everyone for making the event such a memorable day, raising a fantastic amount of money which will go towards helping to understand more about this devastating disease that affects so many.”

David Smart, Leys Estate Group Chief Executive, said: ”We would like to congratulate the team behind the show. To raise over £8,000 in the course of two years is a fantastic achievement and we hope to welcome the show back to the Milton of Crathes Events Field in 2023 to further support their fundraising efforts.”