Eileen Steps Out To Raise Funds For Dementia Charity 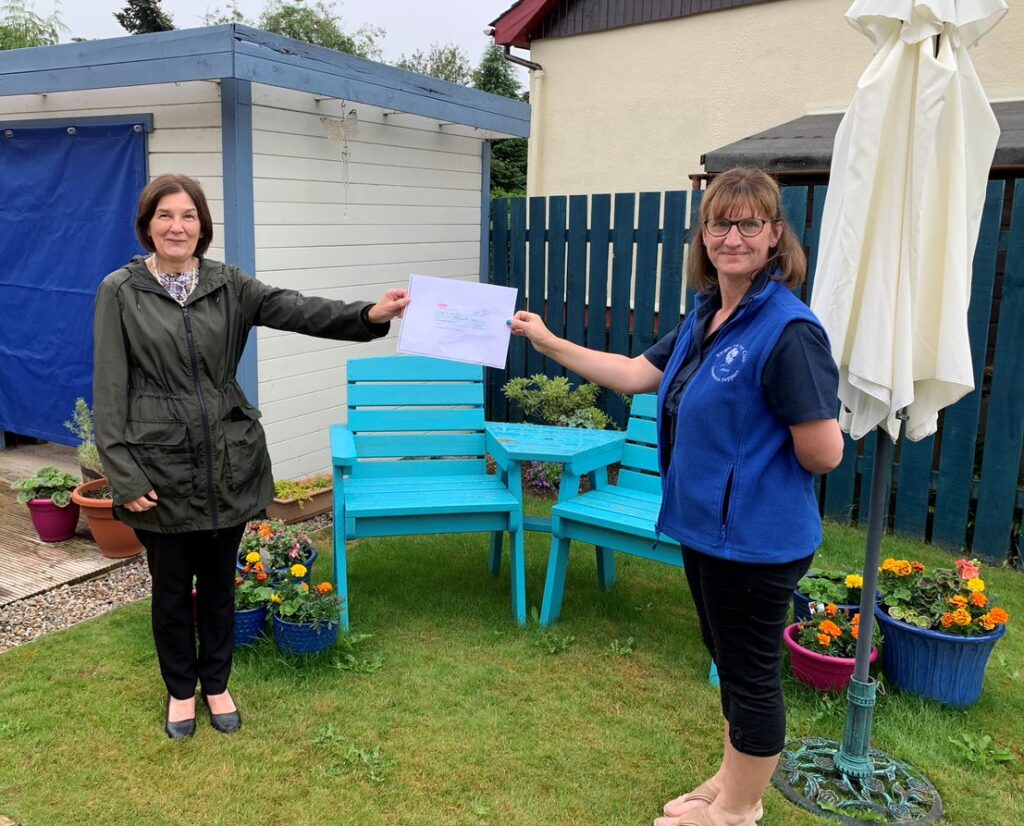 A Banchory-based charity has received a boost thanks to the support of a local fundrasier.

Eileen Reid from Kincardine O Neil decided to set herself a challenge while working from home. She heard about the Forget Me Not Club’s March into Spring Challenge and decided it was the perfect motivation.

Thanks to her dedication and the support of family and friends, Eileen raised £520, which was then matched by the Leys Group where Eileen works, meaning the charity recieved £1,040.

Eileen, Bancon Group Accounts Office Manager, said: “Like so many other people, it was coming up to a year since I had been working from home and I felt I needed a new challenge to focus on.

“I have supported Forget Me Not Club in the past as I feel the charity plays such a vital role in our community – and across the north-east – so when I heard about this challenge I knew it was what I wanted to do.

“I spoke with Eunice Gardyne from the charity and she told me how much the pandemic had affected the charity. Not only was vital fundraising lost but they had to completely change how they supported their clients. This was the only motivation I needed to take on the challenge.”

Eileen initially set herself the challenge of walking 50 miles in March, but it didn’t take long for her to rack up the miles and by the end of March she had completed just over 125 miles.

She added: “Not only did the challenge give me the reason to get out of the house and keep active but it allowed me to raise much needed funds for the charity.”

Eunice Gardyne, Forget-Me-Not’s General Manager, said: “Like so many third sector organisations, the past 16 months have been extremely challenging for us. Not only have we faced a reduction in fundraising we had to quickly adapt to a new norm and how we could continue to support our clients throughout the changing restrictions.

“We really cannot thank Eileen enough for her support and thank everyone else who also took on our March into Spring Challenge. Your support means so much.”

Forget Me Not Club

Eat, shop, relax and explore at Milton of Crathes.