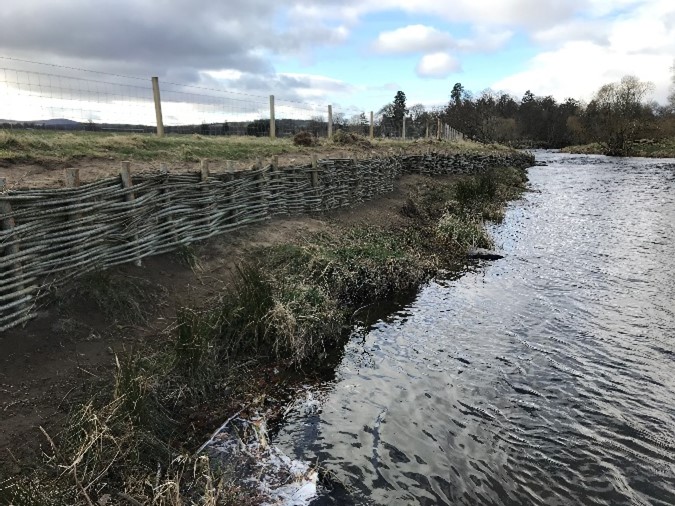 With thanks to Jim Kerr, River Don Fisheries Officer for the summary and photographs.

The River Don in Aberdeenshire has many fish species, such as Salmon, Sea trout, and is also well known for its Brown trout, other fish species such as Minnow, Brook Lamprey and Stickle back. Due to increased river flows caused by climate change, severe bank erosion has occurred on many sections of the river. Now thanks to Leys Estate who have supplied the willow material, we can now restore these badly damaged banks. Adjacent to this erosion site you can see an excellent salmon and Trout spawning bed, if left unrepaired it will be lost due to over widening of the river, making the water depth to shallow for fish species to utilise during the spawning period. 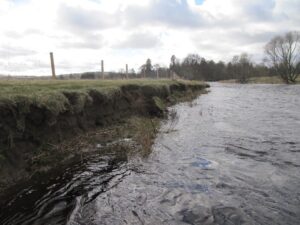 There are other methods to repair riverbanks such as large boulders or Gabion baskets filled with rock. The chosen method used on this occasion is an old traditional method of willow weaving. Green engineering works, such willow, has many benefits for wildlife and the river environment. Live willow posts from Leys Estate were inserted along the toe of the eroded bank; willow canes are then interwoven around the posts to create a strong wall. Behind the posts a channel has been cut out, which will be back filled with earth once all the weave in in place. 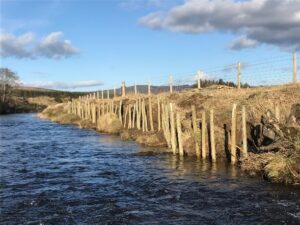 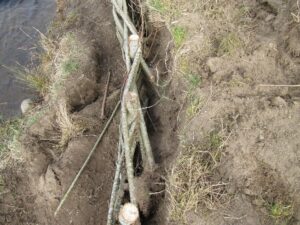 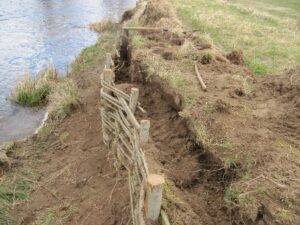 Once all the weaving has been completed, the channel made behind the post is then filled with earth and firmly packed in behind the posts and willow canes. To achieve a high success rate of the canes to root successfully into the bank, it is best to pack any gaps at the front of the weave with grass sods as seen below. This will help retain moisture in behind the weave during dry periods. 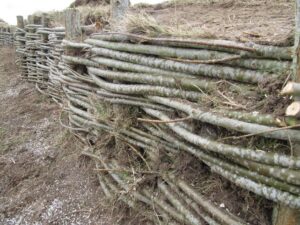 The pictures below show the completed willow bank repair. Over a period of months, the willow canes take root into the bank and bind the whole structure for future years ahead. I returned to the site four months after completion, to find the willow had rooted successfully into the embankment. This has totally transformed it from a badly eroded bank into a lush thriving embankment. 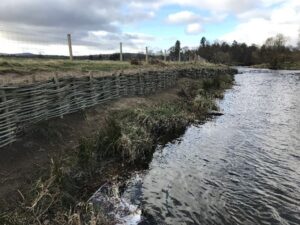 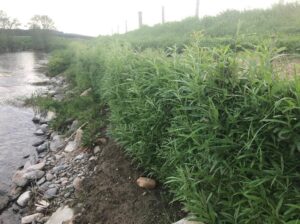 As you can see in last picture, the lush green new growth from the willow canes weaved in April 2020 is clear to see on our return in August 2020. With the continued support from Leys Estate, we will be able to carry on this crucial work in restoring the riverbanks and improving habitat within the river catchment.

Suitable for businesses of all shapes and sizes