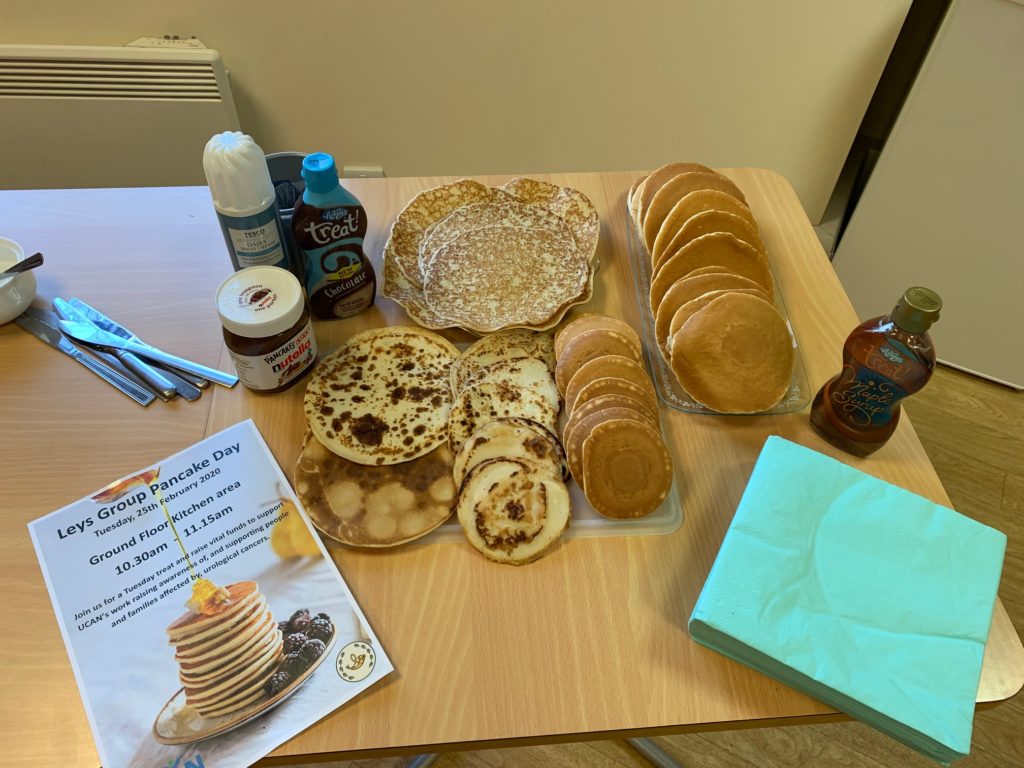 Pancake Day was a flipping success for one north-east charity thanks to the support of a group of local businesses.

Employees at The Leys Group, which includes The Bancon Group, Leys Estate and North Banchory Company, hosted fundraisers at Banchory Business Centre, Bancon’s headquarters in Banchory and Deeside Timberframe in Stonehaven, on March 25 to raise funds for Aberdeen-based charity UCAN.

Tenants and visitors to Banchory Business Centre also joined the fundraising, and with the Leys Group matching the money raised, the group was able to present £530 to the charity.

Pancakes were made by employees with Tesco Banchory also supporting the fundraising by donating pancakes from its Banchory store. A wide range of toppings were also supplied for everyone to enjoy – from fresh fruit to chocolate spread and maple syrup.

Susanne Shepherd, Chair of the Leys Group Charity Committee, said: “Pancake Day is always a popular day with teams getting together to enjoy a treat during their morning break. This year the committee decided to make it bigger and better.

“We were delighted to be able to support UCAN as it is a local charity which carries out such worthwhile work raising awareness of urological cancers, and improving the support and quality of life for those affected.

“Sadly, many of us have been directly or indirectly affected by cancer, and it means a great deal that we can come together as an organistion to make even the smallest of differences.”

The perfect base for your Royal Deeside adventure

Explore Royal Deeside from our villas at Inchmarlo Resort.