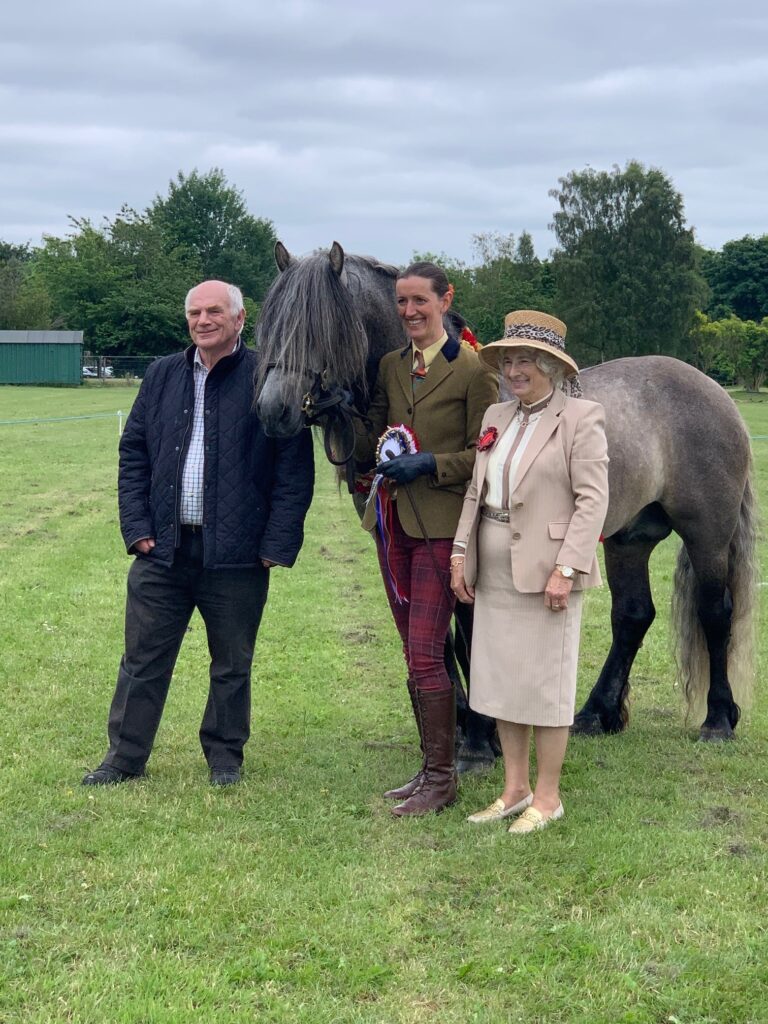 Following the easing of coronavirus restrictions, a group of equestrian enthusiasts teamed together to raise vital funds for an equine charity.

The Crathes Charity Horse Show was held on 26th June at Milton of Crathes events field near Banchory raising funds for the Equine Grass Sickness Fund.

Thanks to the overwhelming support of local businesses, individuals and competitors, the show raised £4,681.75 – far greater than the committee had imagined would be possible.

With five rings running throughout the day the show had a wide range of classes from Hunters to Clydesdales, first ridden to veterans with judges commenting on the quality forward on the day.

The show also featured a special class for Equine Grass Sickness Survivors as well as an extremely popular dog show which attracted a number of previous Crufts winners.

In the dog ring Pat Gray took Best in Show in the Pedigree Section with her own Birniehill Hill Flyer.

Susanne Shepherd, who was part of the team behind the show added: “During lockdown we knew that people were very much needing something to look forward to and came up with the idea of a charity show. Equine Grass Sickness is a devastating disease which sadly so many of us have lost horses and ponies to and having raised funds for the charity in the past, we were keen to do this again particularly during what has been such a hard time for the third sector.

“Thanks to our headline sponsor TRAC Oil & Gas and venue sponsor Leys Estate coming on board early on, we got off to a strong start and the entries and support started to flood in from there.

“The feedback we got from both competitors and judges was just fantastic. Our Overall Judge, Mary Seivewright, who also kindly sponsored the overall championship, commented that the quality in the championship was as strong as you would see at any other show.

“The Milton of Crathes proved to be a fantastic venue, well positioned for competitors coming from all directions and offering a stunning setting on the banks of the River Dee. Thank you to Leys Estate and the Burnett Family for their support.”

“On behalf of everyone involved, I also want to thank everyone for making the event such a memorable day and raising such a fantastic amount of money which will go towards helping to understand more about this devastating disease which sadly so many of us have lost horses and ponies too.”

Suitable for businesses of all shapes and sizes