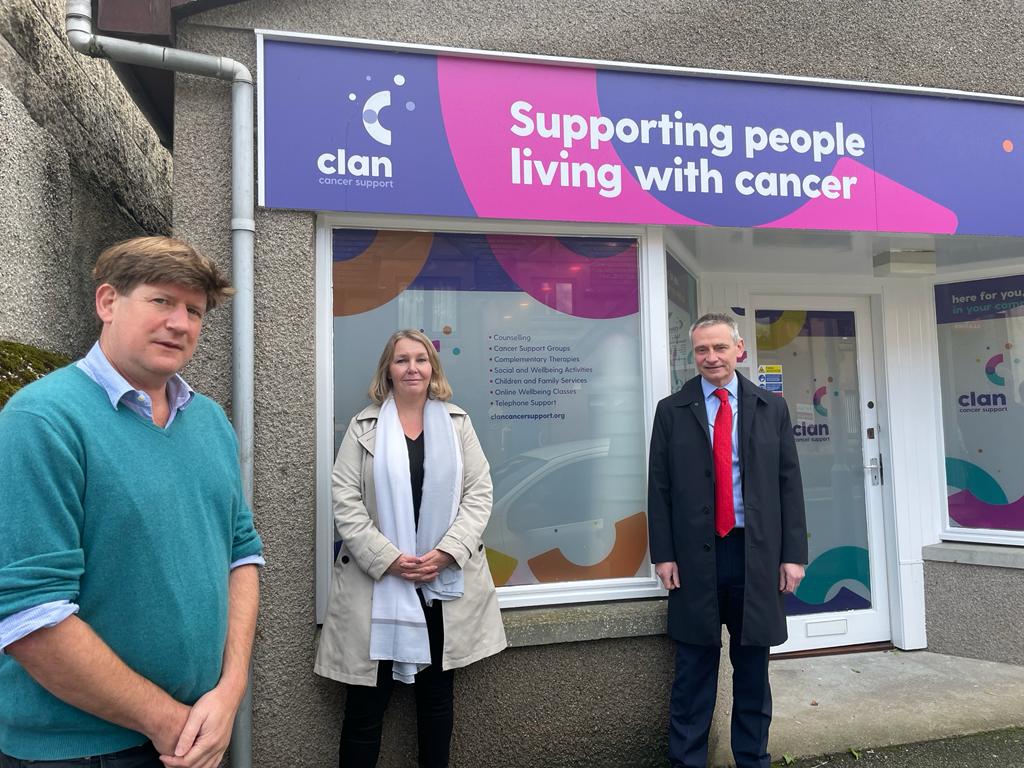 The Banchory-base of a north-east charity has received a boost thanks to the support of a group of local businesses.

Leys Group, which includes The Bancon Group, Leys Estate and North Banchory Company, donated equipment to Clan Cancer Support’s new support centre in Banchory. The equipment, will allow representatives from the Banchory centre to take a more active role in the community.

The Group donated a storage unit, tables and chairs, which will be used by the charity when attending events in the community and will also be used in the centre’s new garden area.

Clan, which provides support services for anyone affected by a cancer diagnosis, opened its Banchory base in April 2021, having had a shared base in the town for the previous five years. The new support centre provides dedicated space for counselling, complementary therapies, support groups and activities.

Helen Hasnip, Clan’s Area Coordinator Deeside, was on hand to collect the donations from Alexander Burnett, Chairman of the Leys Group and John Irvine, Chief Executive of the Bancon Group.

She added: “Hosting events and getting out into the community is a key part of helping us to continue to raise awareness of Clan and the services we provide for anyone affected by a cancer diagnosis.

“Having the right event equipment to be able to do this is essential. We cannot thank everyone at Leys Group enough for this generous donation. The equipment will be put to use very quickly!”

Mr Burnett said: “I was delighted to take the opportunity to visit Clan’s Banchory base and hear first hand how the new facility has already had a positive impact on the services the charity can provide in the local area. Supporting local organisations is something that we are passionate about across the Leys Group and we understand that donations like this can make a big difference to the staff and volunteers at the charity.”

John Irvine, Bancon Group CEO, added: “Clan is an organisation which is close to the hearts of many of our employees and we are delighted to be able to donate equipment which will make such a difference to the charity’s aim of getting out and about in the local community to raise awareness of the amazing work the charity does on day to day basis in our communities.”

From cosy cottages to large farmhouses across the Estate.