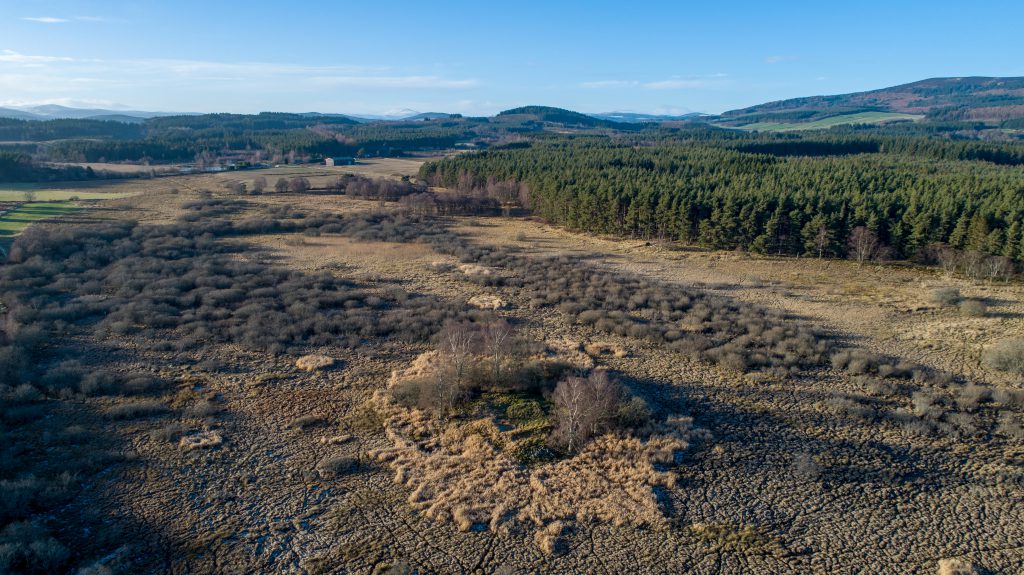 The Loch of Leys lies to the north of Banchory and is currently designated as a Site of Interest to Natural Science by Aberdeenshire Council.

As a site of historical interest, it has experienced many changes throughout the centuries.

The Leys Charitable Trust, which was established in 2006 with the aspiration to preserve and enhance the unique characteristics of the Loch, is embarking on a long-term plan to address the preservation and restoration of the physical, biological, cultural and historical features of this important site.

On the site, the Crannog, a man-made island, has been in existence since at least the 13th century and was home to the Burnett family after they first arrived in Deeside in the 14th century before they constructed Crathes Castle. The Loch is also the site of an early 20th century rifle range which was used from the time of the First World War until after World War 2.

Drained during the 19th century, the Loch developed into a wetland area and evolved to become a thriving area of open water, attracting large numbers of wildfowl and providing a nesting place for a large colony of black headed gulls.

The Leys Estate, on which the Loch is situated, and Trustees will be engaging with the local community and a number of authorities and other interested parties during the development of the plan. The scope and scale of the project will develop during the coming months and the Trust will be shortly seeking the assistance of an individual to take the project forward.

If anyone is interested in being involved with the project please contact [email protected] or drop in to the Banchory Business Centre.

A number of key areas which would benefit most from the project have already been identified by the Leys Charitable Trust, with the initial area being the rifle range which stretched along the length of the Loch. Evidence of this still remains, with the target, butts and ammunition store in need of urgent restoration.

Some wildlife species which made the wetland their home have now left due to increased vegetation linked to the influx of sediment over time. A recent report has shown that it is possible to reverse this by removing the sediment allowing the open water to return thereby encouraging the growth of reed beds to provide habitats for rare and migratory species of birds in winter.

Access to this particular area is becoming increasingly in demand as Banchory extends northwards and interest in the preservation of the countryside grows. Consequently, the plan will include a substantial area of land in the vicinity of the Loch and where an access network to the wider countryside can be developed.

A unique complex on the banks of the River Dee